This is my contribution to Diana’s speculative fiction prompt. You can find her prompt and submissions at her blog Myths in the Mirror.

A provocative prompt Diana! Thank you! It helped me eke out a story that I am working on.

Thank you all for reading and your feedback is welcome!! 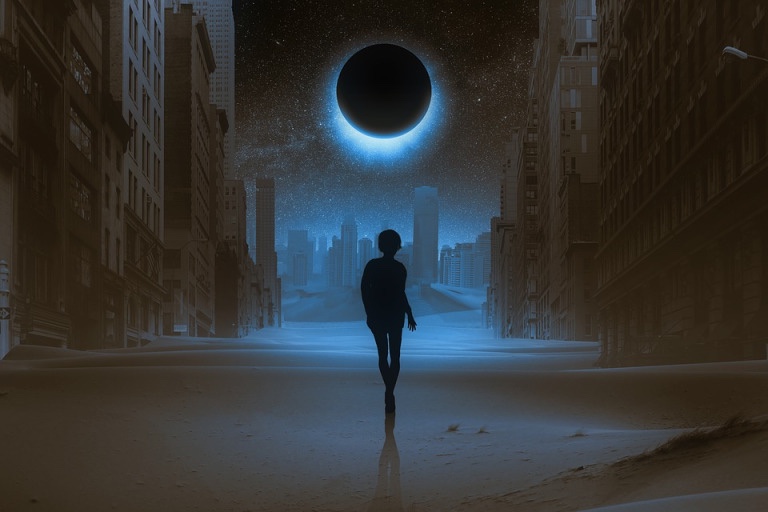 Heavy fog hovered around San Francisco’s skyline making for a damp and cold morning. Disappointed, Janice shoved her wet clothes into her sack, threw on an under shirt, medic uniform and stuffed her feet into steel toe boots.

Grabbing her bag and keys, she ran out just as her partner David pulled up in the Ambulance with lights flashing and sirens blaring. He was supposed to be there a little later but she knew he would arrive sooner because of the Code Red.

“Are you ready for this?”, David asked as she climbed into the rig and threw her things behind the seat.

“What is it? I didn’t have time to read the text.”, Janice replied.

“A Code Red at SF International. A plane shorted the runway by a few feet and the aft split off. There are several critically injured. All surrounding hospitals are on stand by.”

“What the hell?” Janice replied.

“Not sure how bad, I couldn’t keep track of all the radio traffic. Can you turn on the news from your phone?”, asked David.

Janice fumbled as the Ambulance wailed toward the freeway. She scoffed at the drivers that didn’t pull to the right and yield and was tempted to get on the mic and shout at them to move out of the way. She decided not to and focused on calming her breathing.

As they arrived, Janice saw a shimmer of light over to her right. She turned to look and saw the same man she had been seeing at different places in the city for the past few months. It seemed as though he was following her. She disembarked from the ambulance and wondered who he might be. If he was at the crash site, he would have to be part of the crew or a first responder. But she didn’t have time to go to him and decided to pursue it later if she saw him again.

David had their equipment piled on the gurney while Janice rushed over and threw the go bags on both of her shoulders. Their base station is outside the airport’s jurisdiction and they were not the first to arrive. Teams of medical, fire and police from within the jurisdiction have already secured the perimeter. Emergency protocols for disasters were designed to call outlying teams in case the need surpassed local resources.

They reached the triage station and signed in. They were asked to wait for further instruction. Janice asked if there were any deaths and what the critical count was, if known. There were two confirmed dead and three critically injured that were transported to SF General. The triage tent had about several more that were still being assessed.

Based on this information it was uncertain whether David and Janice would be called to respond. There are more than thirty units already in place.

As they waited, Janice scanned the area and watched for anything out of the ordinary. A practice that she learned through her martial arts training. With eyes half shut to allow a crisper perspective, she saw him again about twenty feet away. He stared right at her. He was tall and lithe with a muscular frame.

“David, do you see that man over there?”, She asked.

David turned to look in the same direction Janice is looking, “No, where?”.

“No, I don’t Janice. Sure we’re looking in the same direction?”

David’s voice trailed off in the distance. Janice was bewildered as she was staring right at him. She even saw him smile at her. It was a warm smile and something stirred in her heart.

“Janice…?” David called trying to get her attention.

“We’ve been dispatched to triage. The number of critically injured has risen.”

They both grabbed their equipment and ran to the tent. A Doctor called out to Janice and asked her to assess a young girl on a gurney.

“Check her vitals and palpate around her chest. She may have some broken ribs that are piercing her lungs.”, the Doctor ordered.

Janice noticed as did the Doctor that the young girls lips and skin tone were slightly blue. He showed Janice where the defibrillator was just in case the girl coded.

Janice carefully began to assess the patient. But she felt a strong hand gripping her shoulder and heard a man’s voice say, “she will pass if you don’t call her astral body back.”

“What do you mean? Who are you?,” she asked as she looked up at the mysterious man she had been seeing all over town.

He disappeared right then and there but she could still hear his voice.

“Janice, you don’t have much time. Go in now and retrieve her. She will be fine, yes she has a few cracked ribs but you must tell her she is ok and there is nothing to fear if she comes back to her body.”

Janice felt pressure in her chest just as the girl must have and with years of Shamanic training Janice moved right into action. However, she wondered how he knew. But quickly thought it didn’t matter, time was of the essence. Janice closed her eyes as she palpated the patients chest and placed her hands over the girl’s heart.

Janice’s mind’s eye was immediately transported to the center of San Francisco’s financial district but it was night and a Lunar eclipse made the aura of the place even more ominous and difficult to read the surroundings. However, as soon as she adjusted her seeing, she saw the young girl’s astral body running down the street.

Janice followed and started calling out to her to stop running. The girl turned around and faced Janice. Her eyes were electric and sharp and her aura appeared as a healthy pink and gold.

“Janice, stop! You can’t follow me. I want to leave this place.”, the girl said.

“I am Jasmin, I am not from this world. The man who told you to bring me back is my captor.”

“I don’t understand any of this!, Janice exclaimed.

⁃ But thought, he also seemed not of this world!

“You are correct, Janice. We are from another galaxy. His name is Chase, he is on assignment here. Here has a serious fondness for you. He made me enter a human body so I could spy…..”, her voice trailed off as Chase came into being.

“Don’t believe her Janice. She is from a darker planet, which is why we are here now with an eclipsed moon. Her presence can hardly be seen in these conditions. I am sorry that I misled you but I knew you would find her for me. The two of you have twin characteristics but are polar opposites. You are light and healing, while Jasmin is darkness. I knew your energy would hold Jasmin here until I arrived.”

“Ha, you sorry fool Chase! You will pay for this!”, Jasmin screamed as Chase zapped her with a form of energy, freezing her in time.

Janice was confused and scared, and thought about the young girl back at the triage tent.

⁃ Would she be dead now? While I was stuck in this astral plane with two aliens?

“Yes, Janice. She died and you tried to resuscitate her but the Doctor called the code.”, Chase answered her thought.

“But how could I have done that when I’ve been here on the astral?”, Janice asked, perplexed by everything that has happened.

“You are an adept, Janice. The extreme stress you were under helped you to jump to the next level and split your consciousness and reality. One of many reasons that I am intrigued by you. You are a rare human, Janice.”, Chase replied.

He went on to explain that Jasmin entered the girl’s body months ago when she did actually die from a heart attack. Jasmin then hopped onto this plane, which came from Asia. Unfortunately, Jasmin’s Senior Officers from her planet wanted her dead but they accidentally caused the plane to crash.

Chase watched Janice take it all in. He couldn’t help but admire her strength and acceptance of this seeming utter nonsense. At least most humans would think it was.

He then said that he would meet Janice back at her flat in the city. He shared that she need not worry as she is already there physically preparing to take a hot bath and unwind. He would be along shortly but must make sure Jasmin is transported safely to his home galaxy for further interrogation.

Janice took a deep breath and woke up again in her body.